Ray McClenahan, Partner and Accredited Specialist, recently completed a TPD claim for one of his clients. Back in the 90s, Ray’s client slipped as he exited a backhoe he was operating. Upon landing on the ground, he felt immediate pain in his right ankle. Little did he know that what seemed like a relatively minor work accident would ultimately lead to the amputation of his leg.

Taken to hospital, the scans didn’t reveal any fractures in his ankle. Having received treatment, he was sent home to rest. Continuing to experience pain and being unable to weight bear on his ankle, his local GP referred him off to an orthopaedic specialist for review. The specialist diagnosed torn ligaments in the ankle. He was placed in a special cast for several weeks and advised to rest. Upon removal of the cast, he underwent intensive physiotherapy. He was put into a special leg brace and had to wear special boots. He struggled on and got himself back to light duty work. Having got back to light duties, he experienced a number of episodes where his ankle gave way leaving him in extreme pain.

Over the next several years, Ray’s client did his best to keep working. During these years, he underwent numerous medical examinations and operative procedures. He underwent several arthroscopies, ligament repairs and an osteotomy, a full fusion of his right ankle and then a further re-fusion of the ankle when the first one failed. He had needed the insertion of a spinal cord stimulator to help him with the constant pain he was experiencing in his leg.

Eventually the medical profession advised that there was nothing more they could do to control his pain. Having been reviewed by several specialists including pain management specialists, the only alternative they could offer was to amputate his leg below the knee. In 2016, this procedure was carried out. Needless to say, Ray’s client was devastated. He had done everything possible to keep working but to no avail. Having lost his leg and having operated heavy machinery all his working life, he is now unemployable. Not knowing what to do, he turned to Ray McClenahan, an expert in workers compensation and total permanent disability claims. Over the years, Ray has been called on to fight for his client against the workers compensation insurer when they refused to pay for days that his client couldn’t work. Ray also fought the insurer to ensure he was given the medical treatment he needed. Ray now turned his attention to investigating his client’s TPD rights under his superannuation. Very detailed medical reports were obtained and presented to the TPD insurer.

We are very pleased to report that Ray’s submissions on behalf of his client to the TPD insurer have been accepted. A large payout has now been secured for Ray’s client.

If you or someone you know is unable to work because of illness or injury, you may be able to secure a TPD payout under your superannuation. All TPD claims are fully investigated by our team of expert TPD lawyers led by Ray McClenahan. If Taylor & Scott act for you in a TPD claim, it will be done on a no-win/no-pay basis, meaning you don’t pay any legal costs to Taylor & Scott unless and until you win your claim.

Trust the experts in TPD and income replacements claims. Phone us on 1800 600 664 or contact us at info@tayscott.com.au. Our experts will do everything they can to ensure you receive maximum entitlements under your TPD policy. 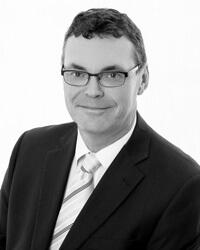