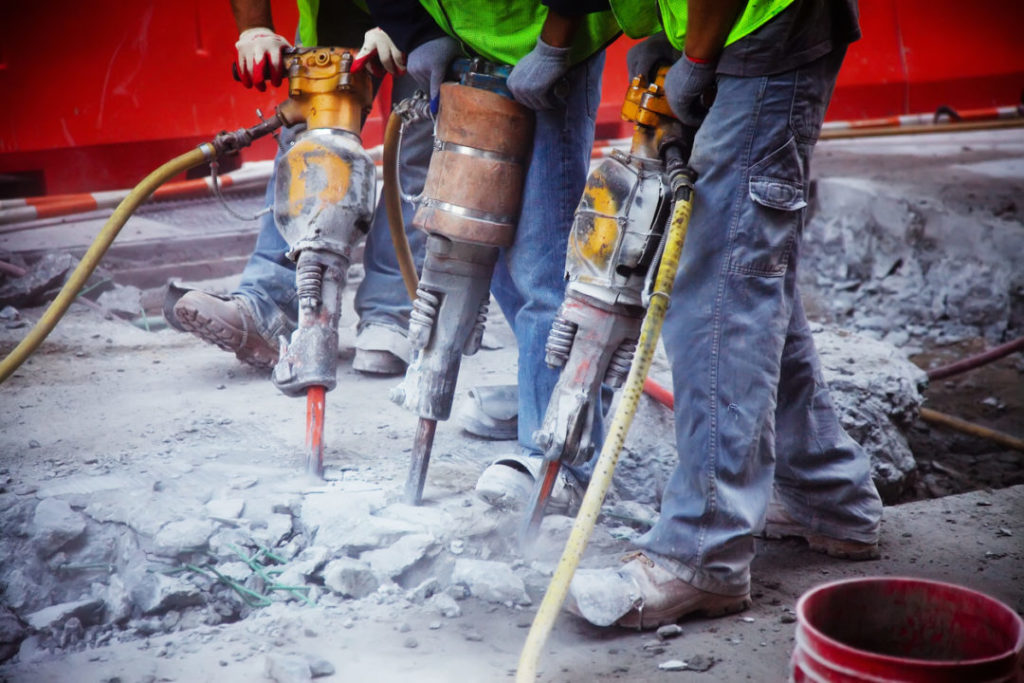 Our client was an older labourer who had migrated to Australia in the 80s. For several years prior to his accident, he had worked as a construction labourer on various building sites in & around Sydney. He worked hard. He enjoyed his work and the camaraderie of his workmates.

One day he was working about three metres from fellow workers who were breaking up concrete using jackhammers. Suddenly without warning, a piece of concrete flew up and struck him in his eye causing an injury that has led to permanent blurring vision in his eye. He reported the accident, sought medical help and tried to keep working. His GP referred him to an eye specialist and eventually he had to undergo surgery to insert an artificial lens. This procedure improved his vision for a while but eventually he had to undergo a further medical procedure by way of laser treatment.

His ongoing loss of vision caused him to become depressed and anxious, particularly around power tools. Not wanting to be a burden on his workmates, he left the construction industry and found employment as a delivery driver. As a result, he suffered a permanent loss of weekly income as his job as a driver paid much less than his job as a construction labourer.

Eventually he turned to the experts in work injury damages claims here at Taylor & Scott. Simon Meigan, Partner and Accredited Specialist in Personal Injury, led his legal team. They carefully gathered together evidence to establish negligence on the part of his employer. This was clearly a very unsafe system of work. The area should have been roped off. Safety glasses should have been provided for any workers who had to work in close vicinity to the jackhammers. None of this occurred. Simon gathered evidence in respect to the loss of sight suffered by his client and calculated his ongoing wage loss up to his retirement.

Having lost more than 15% whole person impairment, Simon was able to launch a work injury damages claim on behalf of his client, claiming his ongoing economic loss up to his retirement. Eventually the matter came to a court appointed mediation. Simon was able to negotiate a very satisfactory settlement ensuring that his client received in one lump sum the ongoing weekly wage loss he was suffering right up to his retirement.

If you or someone you know suffers an injury which leads to a permanent ongoing loss of income, Simon and his work injury damages team may be able to assist you. Please contact our work injury damages specialists on 1800 600 664 or complete the contact form on this page. Our team will do everything they can to restore your financial position. They will act for you on a no-win/no-pay basis meaning that Taylor & Scott will pay for all disbursements as they are incurred and you will only pay costs to Taylor & Scott if you are successful with your claim. Don’t trust your economic future to anyone. Go to the experts in work injury damages claims – Taylor & Scott Lawyers.