Our client is a native of Iran.  In Iran he studied hard to become an architect.  Political problems in Iran led to his persecution.  He escaped and was eventually accepted as a refugee here in Australia.

Upon his arrival here, he had no family support.  He flatted with some acquaintances and set about building a new life for himself.  He secured work as a painter for a company which specialised in doing large commercial jobs.  His work involved long hours and quite often he had to work a 7 day week as there was always pressure on him to get the job finished.

On this particular day, he started work at 8 a.m.  He spent the day up ladders painting the outside of a building.  The boss went home and left our client to keep working under lights.  In fact, he was still painting at 9 p.m. when his accident happened.

The boss had required our client to work up a ladder some 5 metres from the ground.  Complaints had been made that a ladder was inappropriate and that a raised platform, such as a scissor lift or scaffold, should have been deployed to carry out this work.  The request was ignored and our client simply had to manage the best he could.

Unfortunately, as our client was carrying out his work, the ladder shifted and our client lost his balance and fell to the ground suffering very serious injuries.  Our client was rushed by ambulance to hospital, where he remained in intensive care for more than 3 weeks.  He suffered a serious brain injury, together with numerous fractures to various parts of his body.  Because of a build up in pressure in his brain, he had to undergo a number of operations to relieve the pressure.  He developed a deep vein thrombosis which required anti-coagulant medication. 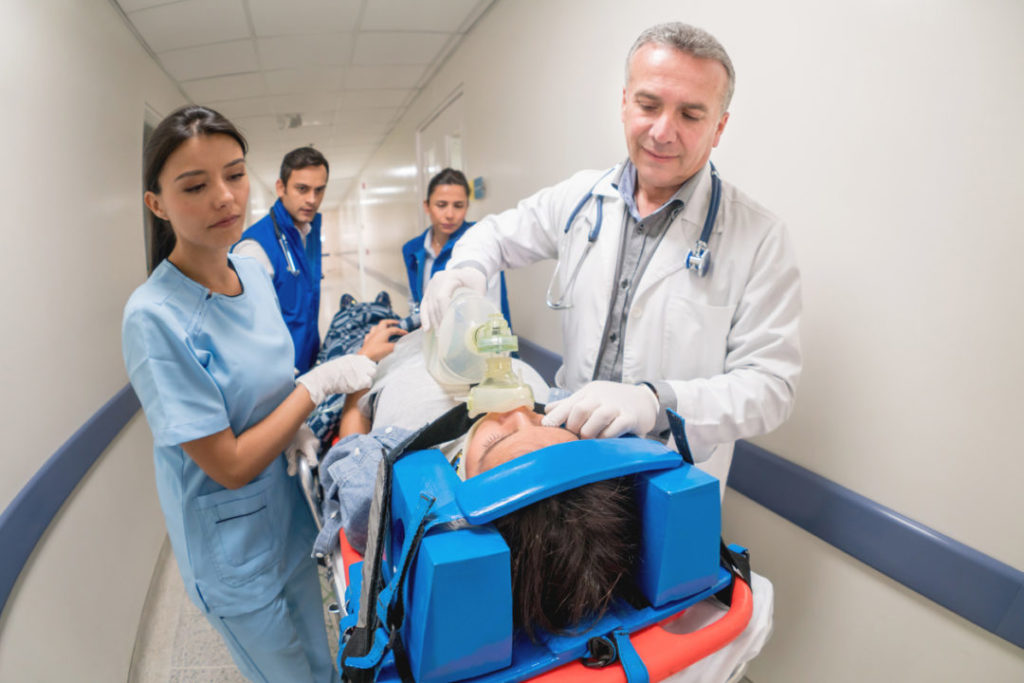 Following his release from intensive care, he was transferred to a Brain Injury Rehabilitation Unit.  There he received further intensive care where he was helped to gain the skills to eventually move to a transitional living unit before being released home.

Whilst recuperating from his brain injury, he noticed some back pain, which tests revealed had been caused by a disc compressing the nerve root in his back.  He developed hearing problems, balance problems and eye problems (double vision).  Eventually he was released home to go back to living with his friends as all of his family still remained in Iran.  Over a long period of time, he has slowly improved but still suffers bouts of vertigo, nausea, vomiting, severe headaches and occasionally he has black outs for no apparent reason.

Because of his ongoing disabilities, he is unable to work and requires a great deal of assistance from others to assist him with day to day living.

As you can imagine, he feels isolated and depressed because of his ongoing injuries, disabilities and separation from his family.

Not knowing who to turn to, he accepted the advice of a friend who referred him to the negligence team here at Taylor & Scott.

A Farsi (Persian) interpreter was arranged by our team and we were able to take very detailed instructions and provide advice as to exactly what could be done to assist our client with compensation payments and also with a possible negligence claim against his employer.

Simon Meigan, Partner and Accredited Specialist in Personal Injury, with his team assisted our client.

A huge amount of medical information was required to ensure that all injuries and disabilities, arising from this accident, were properly assessed.  Ultimately a claim in negligence was launched against the employer and a very large settlement was achieved by Simon and his team.

If English is not your first language, our team of expert lawyers, will arrange a Government interpreter to assist you in advising you of your rights.

If we take your case, it will be on a no win/no pay basis, meaning that Taylor & Scott will not be paid any costs whatsoever unless you win your case.

With Government interpreters to assist you, we will ensure that you will receive maximum compensation for the injuries you have suffered.  No matter what it costs, Taylor & Scott will do everything we can to ensure a successful outcome for your claim.