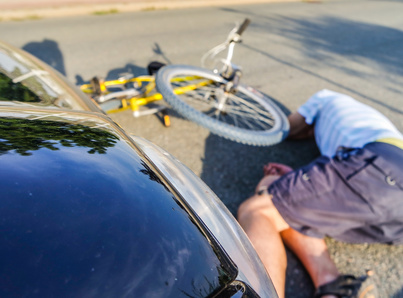 Our client was a 31 year old labourer who suffered a serious back injury whilst riding his bicycle home from work when he was hit from behind by a bus.

He was unable to return to work after the injury and required two back operations.

Once our client had undergone his final back operation and completed his treatment, his bicycle accident compensation claim proceeded under the motor accidents legislation.

The bicycle accident compensation team here at Taylor & Scott explained to their client, that under the motor accidents legislation, the heads of damages he may be eligible for included past and future economic loss, past and future superannuation, past and future treatment expenses and past and future domestic assistance.  The client was also advised that he may have an entitlement to damages for pain and suffering if it was agreed with the insurer, or decided by a medical assessor appointed by the Motor Accidents Authority, that he had greater than 10% whole person impairment because of his injuries.

Unfortunately, the insurer did not agree that he had more than 10% whole person impairment.  However the insurer agreed that our client was entitled to all other heads of damages.

Fortunately, our bicycle accident compensation team rejected the insurance company’s offer.  The reasoning behind our team’s stance was that if our client was found to be entitled to general damages, he could be entitled to a further payment of an amount exceeding $450,000.  This is in addition to payment for the other heads of damages set out earlier in this summary.

As a result of our motor accident teams dogged determination, the client subsequently obtained a substantial settlement for his injuries.

This is why you need experts acting for you in motor accident compensation claims.

“It is important that you have lawyers that constantly review your entitlement to general damages should you not exceed the threshold at the first attempt.  In this case, the settlement was nearly doubled by the payment of general damages in addition to the other heads of damages”.

If you are injured in a motor accident and don’t quite reach 10% whole person impairment, then contact our expert motor accident team here at Taylor & Scott Car Accident Compensation Lawyers on 1800 600 664 or complete the Contact Form on this page.

Remember, if we accept your instructions we will act for you on a no-win/no-pay basis meaning that if you don’t win, we don’t get paid.  This is our Guarantee to you.