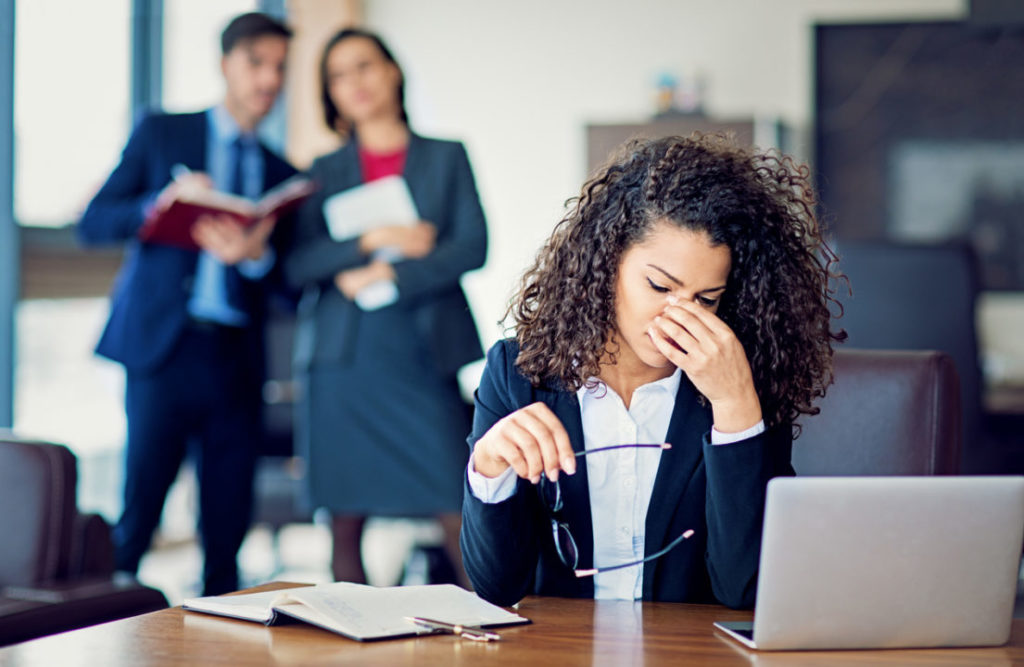 Our client worked for a Government department here in NSW. She was a hard worker and committed to her job. Unfortunately, she suffered from a medical disability which did not prevent her from performing her duties.

As time went on, our client’s physical and mental health started to deteriorate. Our client started to become physically ill, her anxiety and depression were exacerbated with ulcer pains, sleep deprivation and social withdrawal. The employer, instead of confronting the problems and addressing the issues, chose by their actions to continue turning a blind eye in the hope that our client would just resign her position.

Encouraged by her partner, she continued to complain about her treatment and resisted the easy way out which would have just been to resign and leave the area. Her medical condition continued to deteriorate and eventually, she was forced to lodge a workers compensation claim and stop work. Sadly, having raised the behaviour of those who had been harassing and bullying our client, the employer continued to fail to confront the problems.

No action was taken. No discipline of those perpetrators was instituted. The employer in fact totally failed to properly investigate the allegations of bullying and harassment and failed to ensure that our client had a safe place of work and that there was a safe system of work instituted.

Eventually, our client left this place of work and secured some part-time work with the same employer at an alternative worksite. She soldiered on as best she could but continued to lose money because of the restrictions placed on her due to her health which had resulted from the harassment and bullying.

Initially, our client sought advice from Taylor & Scott’s workers compensation legal team.  Having advised her of her rights and ensured they were in order, she was then referred to Simon Meigan, Partner and Accredited Specialist in work injury damages claims, to investigate a negligence claim on her behalf.

Simon met with his client on several occasions. He provided considered advice carefully setting out his client’s rights and the steps that he would undertake in investigating a negligence claim against the employer who was ultimately responsible for the negligent acts of those who had been instrumental in bullying and harassing his client. Simon gathered together medical reports from all those who had treated his client. He arranged for her to be medically examined by Psychiatrists to determine if she had a whole person impairment greater than 15% which was permanent. He arranged for her to be assessed by an Occupational Physician to determine exactly what work his client was safely able to undertake.

Having dealt with all the issues raised by the employer’s lawyers, Simon then arranged a settlement conference. We are very pleased to report that Simon was able to negotiate a substantial settlement of his client’s rights compensating her for her financial losses resulting from this period of bullying and harassment.

If you are in a work situation where you are experiencing bullying and harassment which may be directed to you by your employer or co-workers, you are welcome to contact our team of expert compensation lawyers here at Taylor & Scott. Our lawyers are experts; they will listen to you, advise you and be sympathetic and sensitive to your situation. If they believe you have a winnable claim, they will act for you on a no-win/no-pay basis meaning that you don’t pay Taylor & Scott any costs whatsoever unless and until you win your case. Our lawyers are highly experienced with many years of advising in bullying and harassment cases.

You may be feeling depressed and anxious about your situation, but rest assured our team of dedicated legal experts will do everything they can to ensure that you receive maximum compensation for the negligence of others that caused your condition.