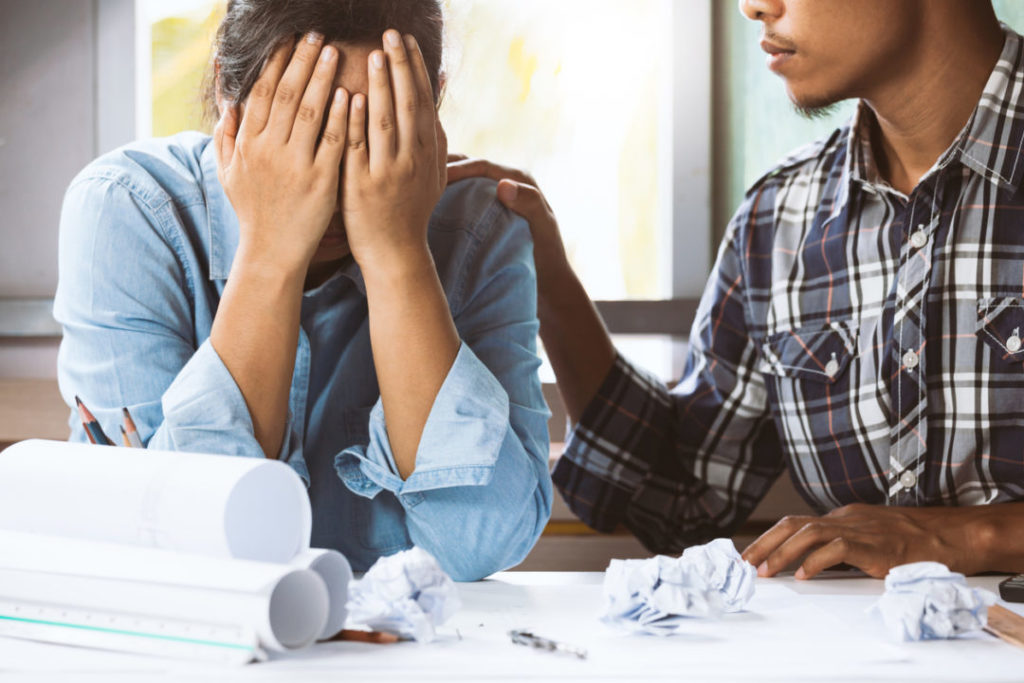 Our client was employed at a supermarket. Over the years, she had worked hard and was promoted. She loved her job and enjoyed working. Once her children had grown up and left home, she was able to take on an evening role at the supermarket and again received a further promotion. At one point in her employment, one of her subordinates started causing difficulties for her in the workplace. Initially, this person started making “snide” comments and rude remarks which could be heard by other employees. At first, our client attempted to ignore the comments but eventually they became more offensive and hurtful. He even began putting hurtful comments on social media.

At this point, our client took the matter to management. Having reported the hurtful and offensive comments, she had hoped that the manager would come to her assistance and ensure that appropriate steps were taken to stop the harassment. Unfortunately, this did not occur. Instead of taking action, the manager simply advised our client to “suck it up”. Needless to say, our client was devastated by this totally inappropriate, uncaring response of management. From this time on, she felt abandoned by her manager being left to deal with the above behaviour as best she could.

The bullying and harassment continued, not only verbally but again on social media.  Eventually, a new manager was appointed. Again our client complained about the ongoing abuse and harassment. The new manager took a more pro-active role and confronted the co-worker which eventually led to the co-worker resigning. Unfortunately for our client, the damage had already been done.

Our client needed active medical treatment from her GP and from psychologists and psychiatrists. She was in a downward spiral psychologically due to the inaction of her employer over many many months. To make matters worse, even though her co-worker had resigned, he continued to attend the store where our client worked, taunting and harassing our client and belittling her in front of co-workers. Nothing was done by the manager to ban the ex-employee from attending the store and needless to say our client’s psychological state continued to deteriorate.

Although our client had struggled on at work, her mental state was not good. At one point she was demoted from her job which meant reduced work hours. Eventually, she was stood down from work altogether. A claim for workers compensation was made and intensive medical treatment continued. Unfortunately, her treatment at work has left our client with a depressed mood, loss of interest in her hobbies, reduced appetite, sleeping difficulties, difficulties in concentrating, extreme anxiety, nausea and withdrawal socially from family and friends. She is extremely sad and despondent.

Not fully understanding her rights, she turned to the experts in bullying and harassment cases here at Taylor & Scott. Our team of expert compensation lawyers assisted their client in ensuring that all of her rights under the works compensation legislation were in order.  Following on from this review, our client was referred to Simon Meigan, Partner and Accredited Specialist in Personal Injury. Having met on numerous occasions with his client, Simon was able to advise her that in his opinion, her employer had been negligent in failing to stop the bullying and harassment. He also advised that the employer had failed to establish procedures and protocols to monitor, counsel and ensure that the bullying and harassment in the workplace did not occur. He advised his client to commence a negligence claim against the employer by way of a work injury damages claim.

We are very pleased to report that Simon has successfully negotiated a substantial settlement of his client’s work injury damages claim ensuring her financial security up to retirement.

Bullying and harassment by employers and by co-workers is an ever-increasing problem in the workplace today. There is an obligation on employers to ensure the safety of their employees in these situations. If an employee is bullied and harassed, the employer must do everything possible to correct the situation. Failure to take active steps to prevent bullying and harassment in the workplace may lead to a negligence claim against an employer.

If you find yourself being bullied and harassed at work and this has resulted in you suffering a medical condition such as anxiety, depression, sleeplessness and social withdrawal, you may be entitled to launch a work injury damages claim against your employer. Taylor & Scott Work Injury Damages and Negligence Lawyers are experts in assessing and advising in bullying and harassment claims. Our team of expert lawyers will listen sympathetically and treat you with the utmost respect. They will provide unbiased legal advice. If they act for you, it will be on a no-win/no-pay basis meaning you don’t pay Taylor & Scott any costs whatsoever unless and until you win your claim.

Taylor & Scott’s team of expert lawyers have been assisting workers in NSW for more than 100 years. Please contact our team by phoning 1800 600 664 or email us at info@tayscott.com.au. We will do everything we can to assist you in securing maximum compensation with respect to your bullying and harassment claim.