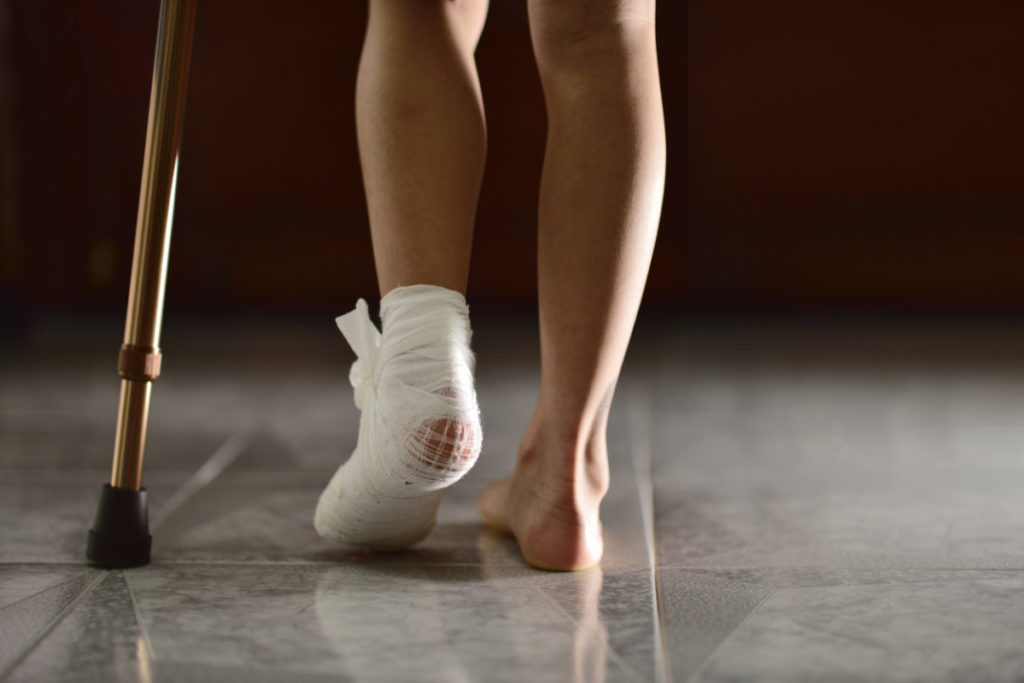 Our client came to Australia from Korea. He had attended university and secured very high marks on the way to graduating with Science, Engineering and Computing qualifications. Following graduation, he had worked extremely hard with various employers in Korea. But his dream was to pursue post-graduate IT training in Australia with a view to settling here and securing high paid employment in the IT industry.

Having arrived in Australia, he immediately obtained a job and commenced applying to various universities for a post-graduate position. Submitting applications saw him receive three offers to pursue his dream at different universities here in Australia. Life was looking good. He had a girlfriend and was living his dream. Unfortunately, tragedy was to strike a cruel blow. One evening, he was crossing at a pedestrian crossing in Sydney CBD when a garbage truck failed to stop, running over his foot. In the accident, his foot was crushed and de-gloved. He was rushed to Accident & Emergency where the surgeons did everything they could to save his foot. Intensive treatment followed but sadly the toes on his foot could not be saved and all were amputated.

Dreams of a life in the “lucky country” were destroyed. He had to return home to be cared for by his family. Over the next several years, numerous operations were needed. As a result of the accident, he suffers from extreme pain in his foot, phantom pain, difficulty walking, bleeding, depression and social withdrawal. His dreams of a career at the highest levels of the IT industry have been abandoned because of his ongoing medical condition.

In Korea, he has managed to secure a job in IT working for a Government department where his disabilities can be accommodated by his employer. Unfortunately, his dreams of a highly paid position are no longer viable and he is stuck with a low paying, albeit protected, position.

Following his tragic accident, a Korean friend urged him to seek advice from experts in motor accident negligence claims. He turned to the team here at Taylor & Scott for advice and assistance. Our team of expert motor accident lawyers provided advice and laid out a plan of action. Taylor & Scott accepted his instructions and acted on a no-win/no-pay basis. Upon returning to Korea, he was reassured by the fact that our legal team of Senior Associate, Michelle Meigan, and Associate, Andrew Woo, would be able to communicate with their client in Korea and take every step necessary in securing the evidence needed to maximise his monetary compensation. Fortunately, Andrew Woo is fluent in the Korean language and was able to explain in great detail how Taylor & Scott’s team would be able to assist. The fact that Taylor & Scott met all the costs for doctors’ reports and other reports needed from various specialists, particularly in respect to economic loss, meant that our client could focus all his energies on his rehabilitation and trying to get on with his life.

Michelle Meigan, Senior Associate, an expert in motor accident claims obtained evidence from Korea on all aspects of her client’s case and then set about obtaining evidence of the earning potential that our client had foregone as a result of his accident here in Australia. A negligence claim was brought against the greenslip insurer of the truck that caused the accident.

We are very pleased to report that an extremely large settlement has been achieved for our client. The compensation secured covers all of our client’s medical expenses, both past, present and future. He has been compensated by way of a substantial lump sum for the devastating effect of the accident on his life. Finally, a large sum has been obtained representing the financial losses that our client has suffered in the past and will suffer in the future because of his inability to pursue his IT career at the highest levels here in Australia.

If you or someone you know suffers injury here in New South Wales, Taylor & Scott will attempt to assist you with sound legal advice. If we act for you in a negligence claim, we will do so on a no-win/no-pay basis meaning you do not pay Taylor & Scott any costs unless and until you win your case. No matter where you live, our team of dedicated negligence lawyers will do everything they can to maximize your compensation.

Please contact us on 1800 600 664 or email us at info@tayscott.com.au. You can trust Taylor & Scott Lawyers. We have been assisting our clients here in New South Wales for more than 100 years.