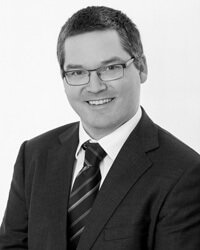 Tim joined Taylor & Scott in 2014 with a wealth of experience in his respected fields both in Australia and the UK. Tim was promoted to Partner in 2016 and manages the Employment and Industrial Law Practice areas of the firm in Sydney.

For well over a decade, Tim has represented and advised employees, employers, unions and associations in fields as diverse as nursing, local government, manufacturing, electrical trades and police staff. Drawing on 15 years’ experience in his chosen fields, he strongly believes in providing clients a balanced and practical view of where they stand and what their available options are. Tim does this by listening to his clients and applying his experiences to their case.

Often acting in matters for clients against Government regulators such as the Fair Work Ombudsman and the Australian Building and Construction Commission, Tim works on many cases including:

For a number of years, Tim has been a member of various committees and boards for Unions and other employment law organisations. For these, he makes submissions to and has appeared before Senate and House of Representatives Committees, as well as many other Courts and Tribunals across most States and Territories.

Tim enjoys giving seminars and providing education to legal organisations and members of the public about policy and legal matters involving employment and industrial law.

“We want our clients to work with us not to litigate for the sake of litigating, but to put them in the best position they can be after they walk out the door. To do that, we want to give accurate, strategic advice so our clients can make the best decisions for themselves. But if there’s a fight to be had, we’ll be there.”